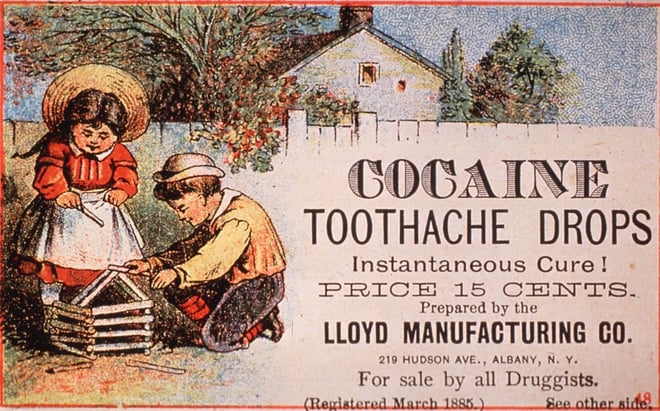 In the early 1900's, vaccines were the only form of treatment against a world full of endemic and epidemic diseases such as influenza, smallpox, malaria, diphtheria, tetanus, typhus, and plague. The life span in the U.S. at this time was approximately 30 years old.

Walter Reed tested and proved Carlos Finlay's theory that yellow fever (an acute viral disease) is transmitted by disease carrying mosquitoes, and not by direct contact between individuals. Reed was the first person to get formal consent from test subjects. The test involved exposing approximately 100 men to mosquito bites. The test subject only received payment if they got sick. This discovery was a was one of the catalysts for the fields of biomedicine and epidemiology. 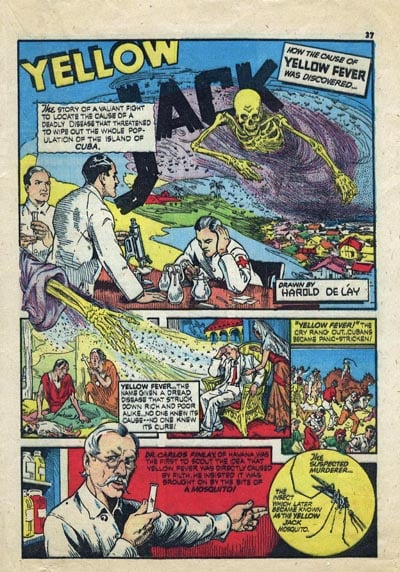 13 children died in MO after being administered a diphtheria antitoxin that was contaminated with tetanus spores in 1901 and nine children in NJ died from receiving a contaminated smallpox vaccine. These events prompted the creation of the Biologics Control Act in 1902, which established standards and required that pharmaceutical companies be licensed to make vaccines, antitoxins, and a variety of other serums. The research done to set these new standards led to new fields like immunology. 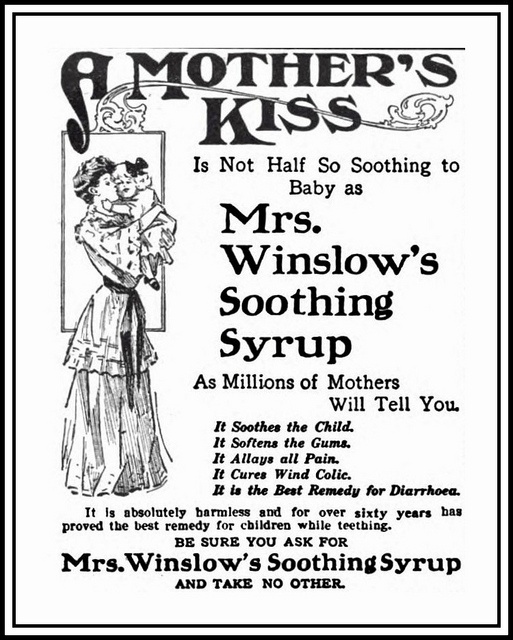 An ad for Mrs. Winslow's Soothing Syrup. Image courtesy of carlylehold at http://bit.ly/1EuQ2ro

Mrs. Winslow's Soothing Syrup was marketed as a product to soothe babies and relieve their teething pain. The syrup was unlabeled, contained alcohol and 65 mg per fluid ounce of morphine, and was responsible for many infant deaths. These tragic deaths, along with an outcry by prohibitionists against medicines containing alcohol and drugs, laid the groundwork for new legislation. Congress passed the Pure Food and Drug Act in 1906, which took steps to protect the public from unsafe medicines. In 1911, the American Medical Association deemed the syrup a baby killer in a publication titled "Nostrums and Quackery".

The Pure Food and Drug Act created a regulatory authority called the U.S. Bureau of Chemistry to prevent the use of and transportation of filthy, decomposed, or putrid food substances and adulterated drugs. It also required that certain drugs, such as alcohol, cocaine, heroin, morphine, and cannabis, have accurate labels that specify the dosage and contents. The above mentioned drugs were still able to be legally sold over the counter so long as they were labelled.

The Pure Food and Drug Act later made efforts to outlaw certain products that were unsafe, and followed those efforts by trying to outlaw products that were safe but not effective. For example, in 1903 Coca-Cola replaced the active ingredient cocaine with caffeine. Then, in 1909 there was an attempt to outlaw Coca-Cola because it contained excessive amounts of caffeine. 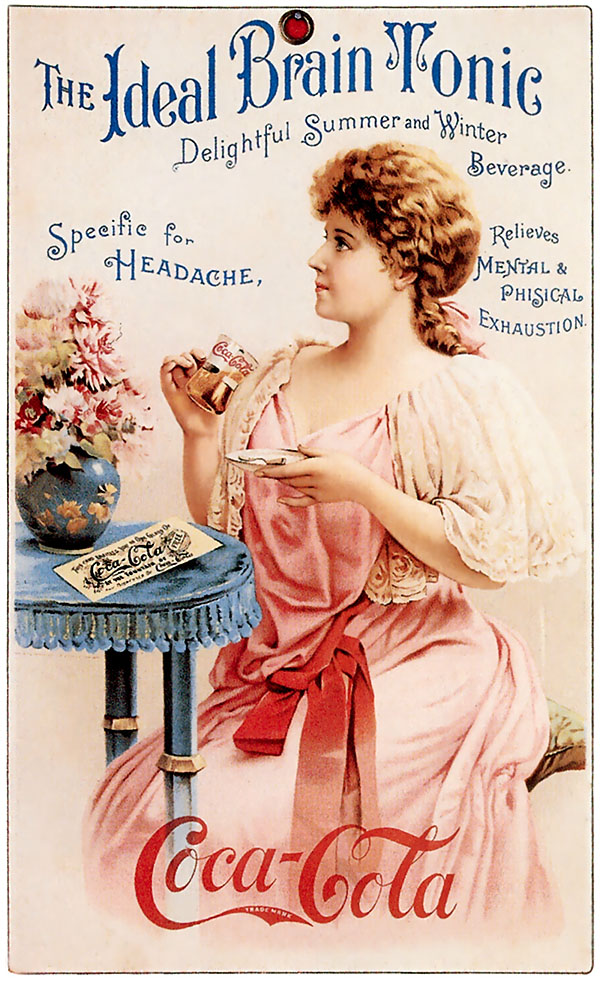 In the 1890's, Coke was directly marketed as a medicinal drink. Photo courtesy of Collectors Weekly: http://bit.ly/1hqLQlo

The U.S. Bureau of Chemistry was reorganized into the Food, Drug, and Insecticide Organization in 1927. It became known as the Food and Drug Administration (FDA) in 1930.

Marie Curie pioneered research on radioactivity. In 1903, she became the first female to win the Nobel Prize, and in 1911 she became the first person and only female to win it twice. She had many accomplishments, some of which include developing the theory of radioactivity, developing ways to isolate radioactive isotopes, and discovering the elements polonium and radium. She also directed the first studies on treating neoplasms with radioactive isotopes. Curie lived through many historic events, including millions perishing in the Spanish flu pandemic (1918 - 1919), World War I (1914 - 1918), and women gaining the right to vote (1920). Like many before her, Marie Curie's death was caused by her studies of what made her famous: she died in 1934 due to aplastic anemia brought on by exposure to radiation. 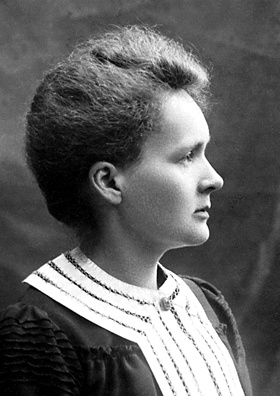 Alexander Fleming discovered the antiseptic lysozyme in the early 1920's. Lysozyme is a natural antiseptic that can be found in many of the body's fluids, including tears, saliva, and mucus. Fleming wasn't satisfied, though. He wanted to find a something with a stronger antibacterial effect. Strangely, he discovered penicillin while cleaning Petri dishes. Fleming presented his findings on penicillin in 1929 in the British Journal of Experimental Pathology, but no one paid much notice. He continued to work with penicillin for several years, but found it difficult to cultivate and test in clinical trials. World War II finally revitalized the scientific community's interest  in penicillin and Howard Florey and Ernst Chain started to mass produce it after the bombing of Pearl Harbor in 1941.

Stay tuned for the next edition of The History of Clinical Research: 1930 - 1950